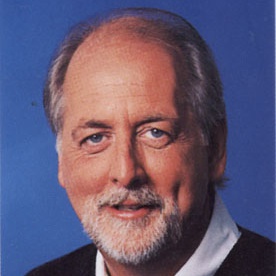 Don is one of the original members of the Statler Brothers, the most award-winning act in the history of country music. He and his brother and two friends began singing in their hometown of Staunton, Virginia when Don was only 14 years old. Working all over their home and neighboring states as a part-time group, they were discovered in 1964 by Johnny Cash and given their first record contract. By the time Don was 20 years old, the Statlers had their first major, world-wide hit record with “Flowers On The Wall” which started a string of hits that generated a career in the music industry that lasted four decades, awarded them multiple Grammies and over 20 gold and platinum albums.

It wasn’t until the Statler Brothers decided to retire from traveling in 2002 that Don pursued his writing career to another level. Having songwriting and scriptwriting under his belt, the next obvious step was to write a book. And that book was the scripture-based Heroes and Outlaws of the Bible published in June of 2002 by New Leaf Press.

Don’s second book, Sunday Morning Memories, is very his first literary adventure. It’s a book of virtual memories of a boy growing up in a southern Protestant church. It’s humorous and nostalgic as it takes a warm and funny look at all the church activities we grew up with. New hymnbooks and the agitation they cause. “C & E Christians” and how they only fill the pews on holidays. Vacation Bible school. Sunday movies and church softball games.

Don is the father of two sons. Debo and his wife, Julie, and daughter, Sela Mae, live within a stone’s throw. You may have seen Debo’s name on many songs written with Don on albums over the years.