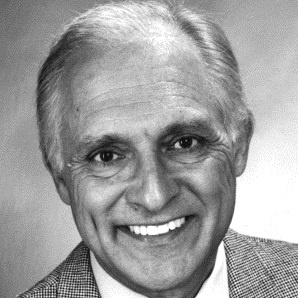 Dr. Cuozzo is an orthodontist practicing in Glen Ridge, New Jersey for 33 years. He studied Georgetown University and earned degrees from the University of Pennsylvania (DDS) and Loyola University/Chicago Graduate School of Dentistry (MS, Oral Biology; Certificate of Specialty in Orthodontics). He also was a Lieutenant in the United States Navy serving as a dentist aboard the USS Enterprise (CVAN-65) for eighteen months.

Cuozzo and his wife Diane became Christians in 1975. In 1977 he studied philosophy in Switzerland with the late Dr. Francis Schaeffer. Two years later he embarked upon an original study of Neanderthal fossil specimens with the aid of the late Wilton M. Krogman, Ph.D., known as the Father of Forensic Anthropology. Dr. Cuozzo's paleontology studies have been conducted in the Musee de l'Homme in Paris, the British Museum in England, the University of Liege in Belgium, the Rockefeller Museum in Jerusalem, the Museum of Prehistory in East Berlin, the Smithsonian Institution in Washington, D.C., the Field Museum in Chicago, the Peabody Museum at Harvard University, the paleontology collection of Southern Methodist University and the Paleolithic caves in Southern France. He is known for taking the first cephalometric (orthodontic) radiographs in history of the Neanderthal fossils in 1979 in France.

Dr. Cuozzo's publishing efforts include three articles in the Journal of the New Jersey Dental Society, and one article and one editorial review in Creation Magazine. His research was featured in a cover story of the Creation Ex Nihilo Technical Journal in 1994. His other articles were in the Creation Research Society Quarterly and Bible Science News. Some of his work was included in The Creation, and he appeared in the movie series, “Origins - HowThe World Came To Be.”

He is the author of Buried Alive (Master Books, 1998), a research and adventure book concerning his studies of ancient man and Biblical revelation. He has written a chapter in In Six Days (1999) with 49 other scientists and a chapter in When Christians Roamed The Earth (Master Books 2002), Captured Alive (Pleasant Word Publishers, 2003) and a chapter in a soon-to-be-published, secular research book on Neanderthals. He has made approximately one hundred and fifty radio programs on Christian and secular radio and has been interviewed on CBN television.

Dr. Cuozzo and his wife, Diane, have been married 38 years. They have five grown children and fourteen grandchildren.