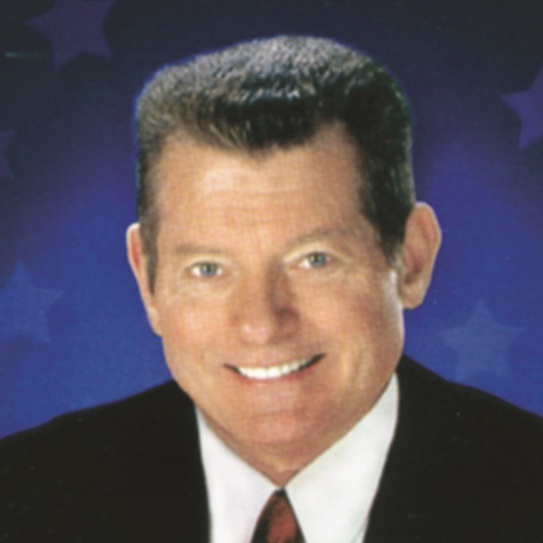 Mike is an award-winning producer of stage productions and documentary films seen on every major television network. Mike grew up in northern California and dreamed of playing professional baseball. In 1968 Mike got the call he dreamed of...the Kansas City Royals made him a shortstop during their first season. Mike laughs when asked, “How long did you play?” His response, “It was a very short-stop!"

After baseball he used his G. I. Bill to attend flight school where he acquired his commercial pilot license, multi-engine, instrument and flight instructor certificates. He flew for seven years, then in 1981 was offered the chance to break into sports television. He spent the next decade producing documentary films and hosting shows on ESPN, SportsChannel, PrimeTicket and broadcast networks.

He and his wife Shari, decided to “escape” Hollywood in 1993, moving to the Midwest where Mike continued his speaking career. He’s shared the platform with notables from First Lady Nancy Reagan, General Chuck Yeager, Jack LaLanne and his personal hero, the late Mickey Mantle. On a speaking engagement in Wisconsin Mike says he met a stranger on the highway who inspired him to write a hit show in Branson, Missouri. For ten years, Mike and Shari entertained audiences, starring in their award-winning hit comedy, "The Remember When Show." Everything changed in 2003 when he received The Bob Hope Patriot Award and now Mike travels the country speaking at churches, corporations, associations and conferences, as well as producing television documentaries and corporate video presentations.

Mike & Shari are the proud parents of three adult children and five grandsons.