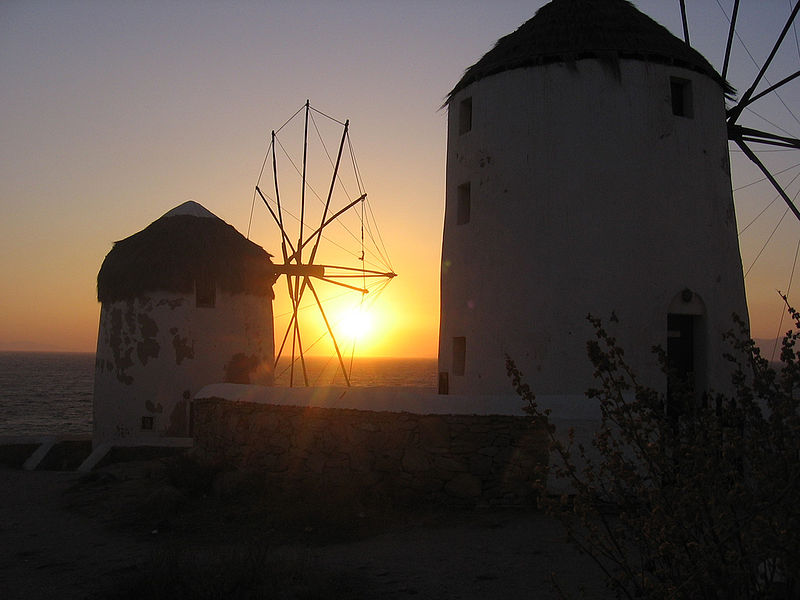 From the ferry, I can point out the last landmark I want you to see. The old windmills of Mykonos are giant sentinels guarding the island and can be seen from nearly any point in Mykonos as they stand proudly on a hill overlooking the town and busy harbor. Built by the Venetians during the sixteenth century, they were used primarily as grain mills. The mills have not been in operation since the middle of the last century (1950s), but they represent the economy and hardworking nature of a people who lived and worked here in days gone by. Are you interested to know how windmills operate to grind grain?

This video demonstrates in delightful detail how a windmill pumps water from the lowlands in the Netherlands: