This is one of the most important DVDs we’ve ever released. An exceptional tool for all who want the truth about global warming—and the science and politics surrounding it. Compelling graphics, on-location interviews … and information you’re unlikely to hear from the secular media! 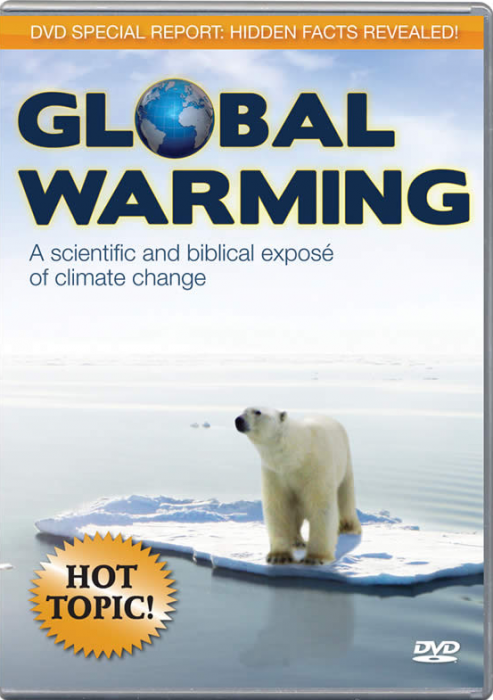 What is the truth about global warming? Are the ice caps melting? Will polar bears and penguins soon be found starving on small floating icebergs? Does the future survival of man hinge on an immediate reduction in carbon emissions?

This "politically incorrect" documentary is an exciting and important tool for all who face the rampant misinformation propagated by ecological alarmists. Global Warming addresses subjects that most others won’t touch, including misinformation which is contained in Al Gore’s An Inconvenient Truth.

Global warming is real, but it is not primarily man-made. This biblically-based and thoroughly balanced view of climate change reveals that global warming is not a black & white issue. Viewers will see why well-meaning Christians need to be extremely careful when advocating environmental policies. The message of this richly illustrated DVD is urgently needed in the politically heated discussions of America, and the world.

Through on-location interviews with leading creationist scientists, climatologists, and other commentators the dangers and politics of global warming are revealed. Learn how you can be effective in caring for creation without becoming an unwitting accomplice to the myths of global warming. This balanced approach to a very “hot” topic will equip you with the information necessary to honor the Creator ... without worshiping the creation.