Experience the biblical lands as you discover sites, artifacts, and history first revealed in God’s Word. Learn the civilizations thought to be biblical myths until the sands of time and exploration revealed their existence. From the history of Israel to the powerful Egyptian pharaohs, discover these ancient peoples and cities, and the science of finding their place in history! 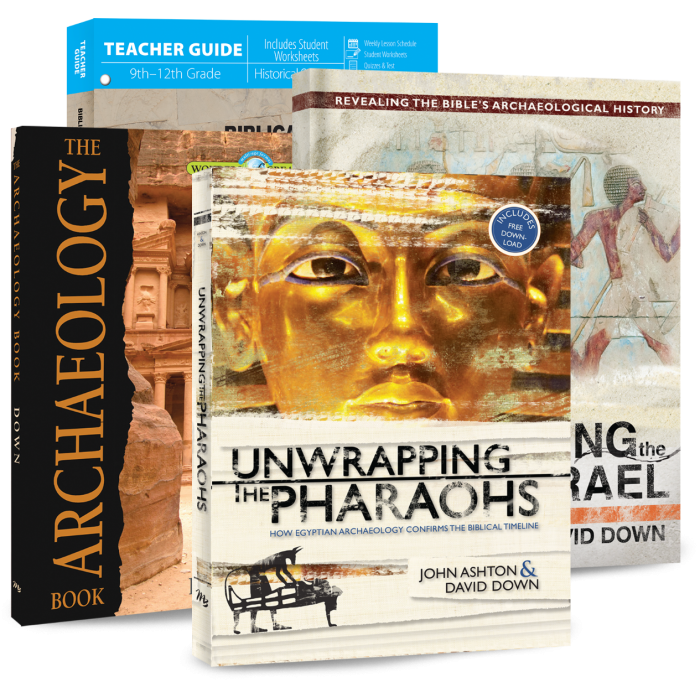 Digging up the Past with David Down - Pyramids and Mummies (383.52 MB)

Digging up the Past with David Down - Temples and Tombs (312.55 MB)
Related Products
Check items to add to the cart or
Product Details

Three titles from archaeologist David Down are combined for a full year of study.

Authors David Down and John Ashton present a groundbreaking new chronology that supports the biblical account. Go back in time as famous Egyptians such as the boy-king Tutankhamen, the female pharaoh Hatshepsut, and the beautiful Cleopatra are brought to life. Learn who the pharaoh of the Exodus was and where his pyramid is in this captivating new look at Egyptian history. The downloadable video includes a breathtaking journey through the pyramids and temples of Egypt. Go deep into ancient tombs and discover the fascinating architecture and history of the pyramids. See how discrepancies in biblical and secular chronologies are easily reconciled.

More Information
Reviews 33
Write Your Own Review
Only registered users can write reviews. Please Sign in or create an account