“You can’t trust the Bible — it’s full of hundreds of contradictions.”

Really? Just because the critic mindlessly declares it so? Don’t be so fast to believe everything you hear! In this book Dr. Jason Lisle examines 420 claims of Bible contradictions and sets the record straight.

Bifurcation fallacy. Abraham was justified both by faith and by works (James 2:24, 26). To “justify” means either to be in right moral standing or to show that one is (morally) in right standing. Abraham was justified by faith before God since God knows all things — including Abraham’s faith (James 2:23). God sees our hearts (1 Samuel 16:7), so we are justified before God by our faith alone, which God can see. But men cannot see another man’s faith. They only see the outward works that follow from inward faith. Therefore, Abraham was justified before men by the works that followed from his faith, since men cannot see faith but can see works. James explicitly teaches this (James 2:18–26). 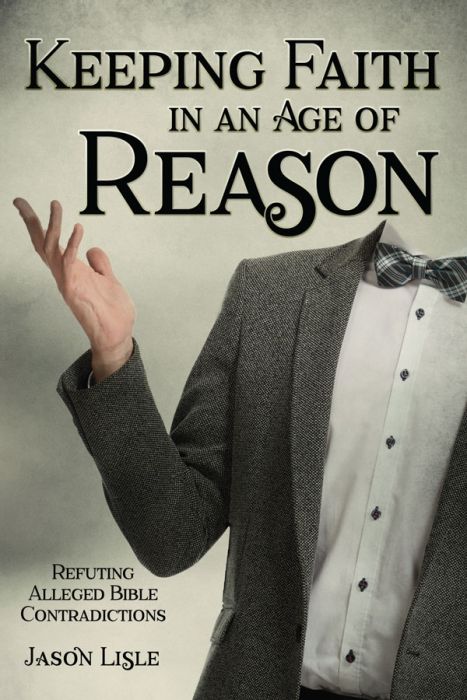 Critics often claim that the Bible cannot be true because it has contradictions. Other critics hear this claim and repeat it. But few bother to check to see if it is really true. A popular list of 439 alleged Bible contradictions has been circulating on the Internet for years. Many critics refer to this list as the definitive proof that the Bible is flawed. But apparently none of them bothered to actually check. Interestingly, not one of these 439 claims is a genuine contradiction. This shows that critics generally do not perform careful scholarship.

The Bible really is supremely accurate and self-consistent; critics of the Bible are not. Although there are a handful of Christian resources for answering alleged Bible contradictions, none are so expansive in so short a volume. Each answer is as concise as possible, so that the book is not overly cumbersome. Many Christians have heard the claim that the Bible has contradictions and they would like to be better equipped to answer the critic. This book is for them!

Additional Information
Reviews 1
Write Your Own Review
Only registered users can write reviews. Please Sign in or create an account