Since Darwin’s “On the Origin of Species” was published in 1859, entirely new fields of science have been born and matured – fields which hold the keys to the origin of species. With a Ph.D. in cell and developmental biology from Harvard, Dr. Nathaniel Jeanson is uniquely qualified to investigate what genetics reveals about origins, and has released his findings in the book “Replacing Darwin: The New Origin of Species.” From Master Books, “Replacing Darwin” offers a revolutionary approach to the study of origins with a potential impact as big as Darwin’s. 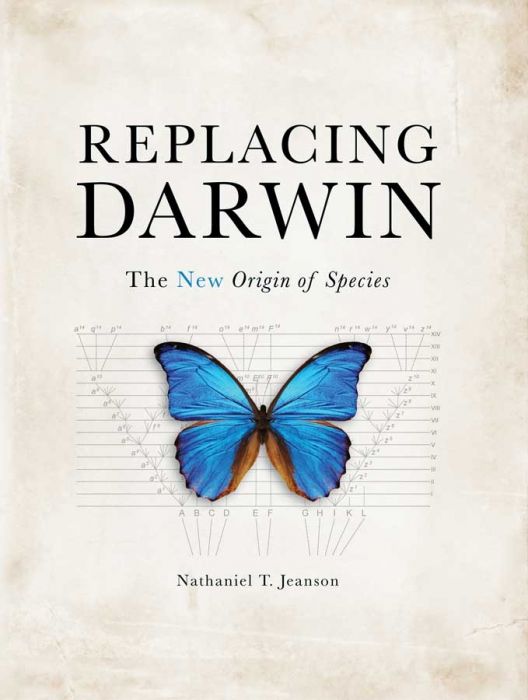 If Darwin were to examine the evidence today using modern science, would his conclusions be the same?

Charles Darwin’s On the Origin of Species, published over 150 years ago, is considered one of history’s most influential books and continues to serve as the foundation of thought for evolutionary biology. Since Darwin’s time, however, new fields of science have emerged that simply give us better answers to the question of origins. With a Ph.D. in cell and developmental biology from Harvard University, Dr. Nathaniel Jeanson is uniquely qualified to investigate what genetics reveal about origins.

The Origins Puzzle Comes Together

If the science surrounding origins were a puzzle, Darwin would have had fewer than 15% of the pieces to work with when he developed his theory of evolution. We now have a much greater percentage of the pieces because of modern scientific research. As Dr. Jeanson puts the new pieces together, a whole new picture emerges, giving us a testable, predictive model to explain the origin of species.

So what comes next? Darwin's theory of evolution may be one of science's longest standing, but the latest genetics research is casting doubt on it. Are these new discoveries cause to critically reexamine Darwin’s theory? Replacing Darwin asks you to give serious consideration to modern scientific advances and reevaluate the problems that have surfaced in Darwin’s theory of evolution.

Dr. Nathaniel Jeanson is a scientist and a scholar, trained in one of the most prestigious universities in the world. He earned his B.S. in Molecular Biology and Bioinformatics from the University of Wisconsin-Parkside and his PhD in Cell and Developmental Biology from Harvard University. As an undergraduate, he researched the molecular control of photosynthesis, and his graduate work involved investigating the molecular and physiological control of adult blood stem cells. His findings have been presented at regional and national conferences and have been published in peer-reviewed journals, such as Blood, Nature, and Cell. Since 2009, he has been actively researching the origin of species, both at the Institute for Creation Research and at Answers in Genesis.

Scientific knowledge often only grows when popular opinions are tested, favorite theories closely scrutinized, and comfortable concepts are challenged. In Replacing Darwin Dr. Jeanson asks you to do exactly this: question what you think you know….I think even Darwin would have been fascinated by Dr. Jeanson’s insights.

Replacing Darwin is a bold title for a rather audacious work….This is a thought-provoking book that presents challenges to the model of random chance origins to those intellectually honest enough to wrestle with this topic.

The arguments made in this book are unique and fresh….I only have high recommendations for this book.