Tower of Babel: The Cultural History of Our Ancestors

Author Bodie Hodge researched ancient texts, critical clues and rare historic records for the purpose of defending the Biblical account of the tower of Babel. Written in layman’s terms, The Tower of Babel is an excellent way to find your cultural connection to the Bible. It is also a great reference for Biblical classes, ancient history, and apologetics training. 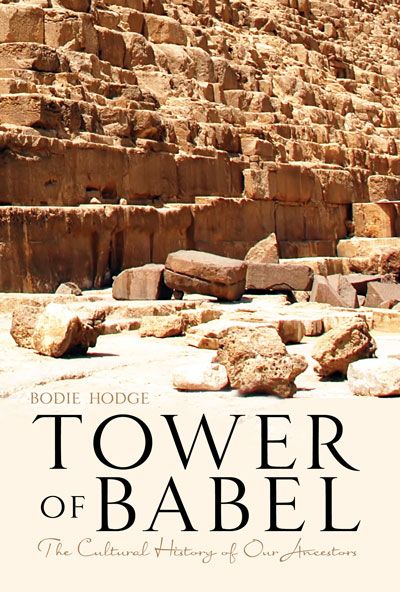 Tower of Babel: The Cultural History of Our Ancestors
(Size: 390.5 KB)
Book Trailer

The Tower of Babel: The Cultural History of Our Ancestors reveals our shared ancestry as never before! Many are familiar with the Biblical account of Babel, but after the dispersal, there was a void beyond Biblical history until empires like Rome and Greece arose. Now, discover the truth of these people groups and their civilizations that spread across the earth and trace their roots back to Babel as well as to the sons and grandsons of Noah.

Many of today’s scholars write off what occurred at the Tower of Babel as mythology and deny that it was a historical event. Beginning with the Biblical accounts, author Bodie Hodge researched ancient texts, critical clues, and rare historic records to help solve the mystery of what became of the failed builders of Babel. For the purpose of defending the Bible, Hodge presents these and other vital historical facts surrounding this much-debated event. Teens and older can use this layman’s reference for Biblical classes, ancient history, apologetics training, and to realize their own cultural connection to the Bible.