Mummies, pyramids, and pharaohs! The culture and civilization of the ancient Egyptians have fascinated people for centuries and some have direct correlation to biblical events.

Authors David Down and John Ashton present a groundbreaking new chronology in Unwrapping the Pharaohs that shows how Egyptian Archaeology supports the biblical timeline.

Go back in time as famous Egyptians such as the boy-king Tutankhamen, and the beautiful Cleopatra are brought to life in this captivating new look at Egyptian history from a biblical worldview.

For those enthralled by history, archaeology and the Bible, is a 90-minute free download offering a breathtaking journey through the pyramids and temples of Egypt with author and archaeologist David Down. 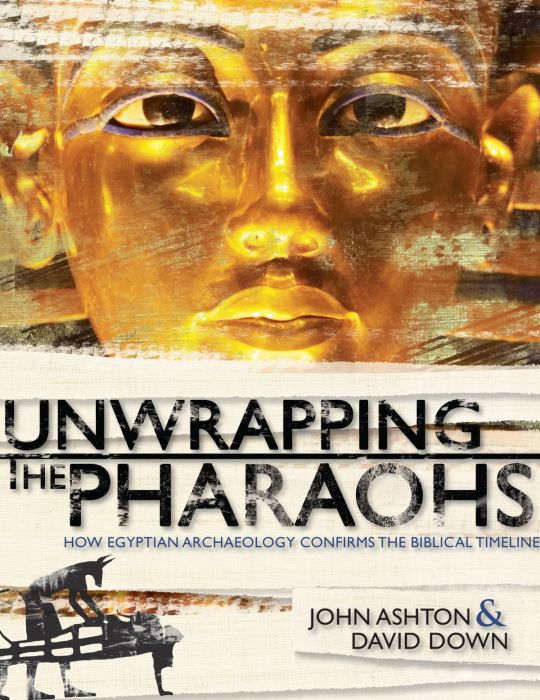 Dive into the ancient history of Egypt. Explore the extraordinary pyramids and artifacts of this ancient civilization from a biblical worldview with archaeologists Dr. John Ashton and David Down. Ashton and Down do not disappoint as they dare to reveal the remarkable corroboration between the Old Testament Bible records and Egypt's historical documents and archaeological finds.

Using historically confirmed dates in later Egyptian history and the years between events recorded in the Bible, Ashton and Down construct a timeline of the kings of Egypt which dates back to just two centuries before the biblical dating of Noah's flood. Abraham, Joseph, Moses and Jesus each spent part of their lives in Egypt. In recent years, however, liberal teachers and professors have used the traditional Egyptian chronology to undermine the truth of the biblical record found in the Old Testament book of Exodus.

Unwrapping the Pharaohs takes you back in time to study famous Egyptians, their dynasties and structures such as:

Both Christian believers and skeptics will find this well documented and beautifully illustrated research fascinating.